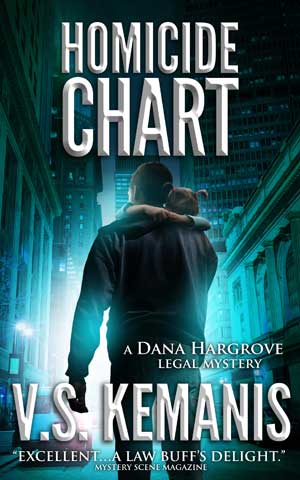 Prosecutor Dana Hargrove has left those rookie days of Thursday’s List far behind. It’s 1994, and the murder rate in New York City is sky high. Now an experienced trial attorney, Dana belongs to an elite cadre of prosecutors on the “homicide chart,” a rotating schedule of on-call responders to murder scenes.

Dana is also a young mother, juggling the competing demands of career and home. Her next shift on the chart couldn’t come at a worse time. Distracted by concerns about the live-in caregiver for her two-year-old, Dana barely survives an exhausting week of battles in the courtroom. A surprise witness of dubious credibility has surfaced, threatening to undermine her airtight case against a reputed gang member, on trial for the murder of a rival. In the midst of it all, Dana pulls graveyard shift on the chart and receives a call in the middle of the night, plunging her into a new murder investigation that hits dangerously close to home.

A tragic crime forges the painful intersection of family and career at the center of Homicide Chart. In a dilemma of heart and conscience, Dana is forced to question every choice she’s made about her life and the people she holds most dear.

Distance and time and a whitewashed mind hadn’t kept a child from growing, from existing, from demanding a place on this earth.

Rage and despair shook her for minutes or hours. She was unaware of the passage of time. Finally spent, she retreated inward and collapsed onto the floor in a fetal position, the letter in shreds around her. The room had grown dark. Like a gentle snowfall, the cold mantle of an unbearable silence descended.